The aim behind extending line C of the Prague metro between stations Nádraží Holešovice and Ládví was to improve transport services in the northern part of Prague, as well as to improve the quality of the environment for the inhabitants of the districts concerned due to the relocation of bus transport from Holešovice. 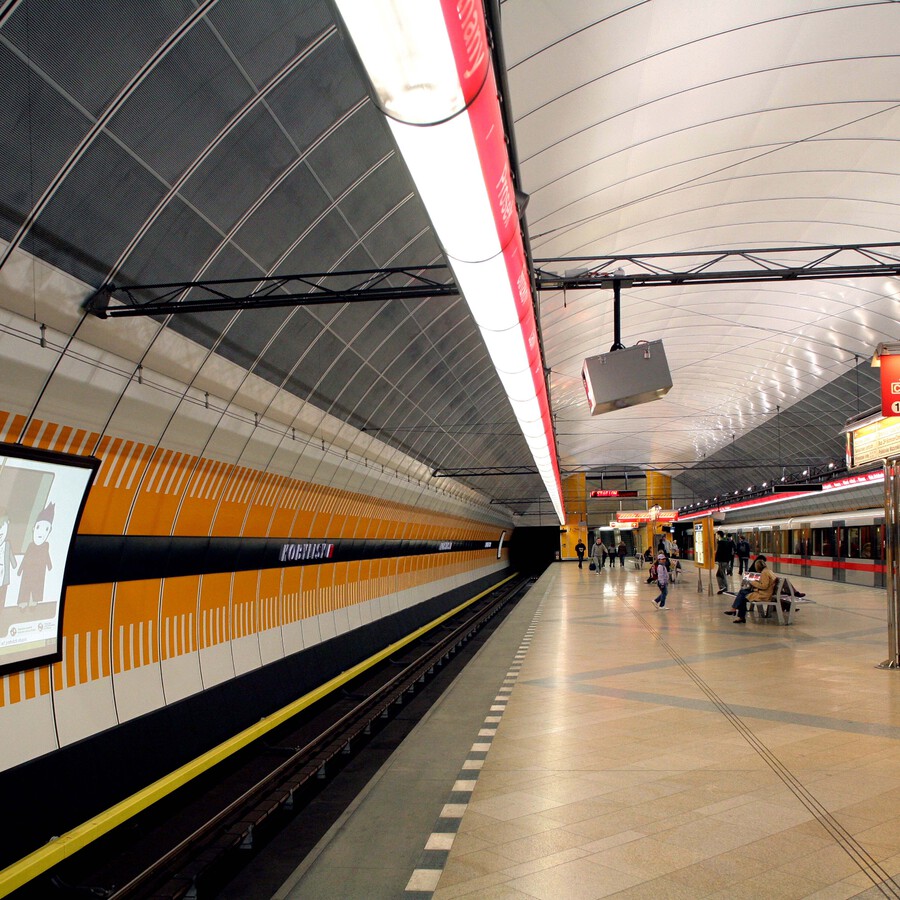 The aim behind extending Line C of the Prague Metro betweenthe Nádraží Holešovice and Ládvístations by 3,981 m was to improve transport services in the northern part of Prague. Downstream of the Nádraží Holešovice station, the route drops sharply to pass under the bottom of the Vltava, and then rises at anincline of 39.5‰. The single-vault Kobylisy Stationwas driven in a rock massif at a depth of 31.5 m. The western vestibule is underground, whilethe eastern vestibule is situated on the surface. The Ládví station was made by excavation. Both of them have barrier-free access.

In order to pass under the riverbed of the Vltava, the tunnel itself was concreted on the bank and then extended into a pre-prepared pit in the river. After being placed in itsfinal position, it was anchored, covered and connected to the metro line. The uniquenessof the construction also consisted in the fact that both single-track tunnel tubes, each weighing 6,700 tonnes, were curvedboth directionally and vertically. Metrostav won a number of international awards for this technical solution, which brought, among other things, considerable time-savings. And just for the record – the tunnel concrete even survived the tragic floods in 2002 without major damage.

Check out other reference structures from the field of Urban Metro

The aim behind extending line A of the Prague metro was to improve the quality of transport services in the northwest sector of Prague.

The aim behind extending line C of the Prague metro between Ládví and Letňany was to improve transport services in the northeastern part of Prague.

The Länsimetro (West Metro) project is a new transport link between Helsinki and Espoo in Finland. With a scheduled transport capacity of 100,000 passengers per day, it is directly linked to the only operated line, which is 21 km long.